2Lt W.E. Jackson Crew - Flying at the End of Hostilities

2Lt William E. Jackson’s crew was assigned to the 752nd Squadron on December 19, 1944.  On this same day the crew of 2Lt William L. Jackson was also assigned to the 752nd Squadron.  [This has caused some difficulty 60 years later, trying to determine which pilot flew which mission.]  Formation plans and group records (for the most part) use the pilots first and middle initials to differentiate between the two crews.

The W.E. Jackson crew flew their first mission on January 8, 1945 to hit a road intersection near Stadtkyll, Germany in an attempt to disrupt Nazi communications.  The crew flew all but one of their 25 missions to Germany.  The sole trip to France took place on April 15, 1945 when the 458th was dispatched to the Royan Area.  This was the 458th’s first use of the new “jellied gasoline” bombs called Napalm.

The crew flew their final mission of the war on April 16, 1945.  Nine days later the Eighth Air Force ceased combat operations in Europe.

This crew went through a number of personnel changes during their four month combat tour.  On March 27, 1945, 2Lt Ferdinand Guida, navigator, was transferred to the 755th Squadron to be a lead navigator.  2Lt James L. Lawler took his place.  Lawler was assigned to the 458th on August 15, 1944 as part of 2Lt William H. Curland’s crew.  On October 30th Lawler did not fly and Curland’s crew was shot down leaving him without a crew.

F/O Lester Katz, bombardier, was likewise transferred to a lead crew in the 755th Squadron on February 7, 1945.  According to Leocadio Torres’ mission diary, George Fleming took over as bombardier (togglier).  Katz was later promoted to 2Lt and eventually transferred back to the 752nd Squadron in May 1945.

Flight Engineer Sgt Chester Rudzewicz was removed from flying status on January 24, 1945 and reclassified as an Airplane/Engine Mechanic.  Taking his place was veteran engineer T/Sgt Ralph L. Cashwell who had been with the group since June 1944.  It is assumed that Cashwell had flown a tour of combat missions (or was in the middle of his tour) when he joined the W.E. Jackson crew.  His tenure was short lived as he was also removed from flying status in February 1945 after getting into unknown trouble while on leave in London.  He was demoted to Private and flew no further missions.  The third engineer for the crew seemed to work out well in the person of T/Sgt Santiago Gomez. He had been with the group since the end of August 1944 and had flown with the Ruark crew in the 755th and 752nd Squadrons.  His first mission with Jackson’s crew was on the February 21st trip to Nuremburg.  It is assumed that he flew the remainder of his missions with the Jackson crew.

Other than orders showing the crew’s assignment to the group, there is virtually no additional information on their co-pilot, 2Lt Robert V. Nork.  It is assumed that he flew most if not all of his missions with this crew. 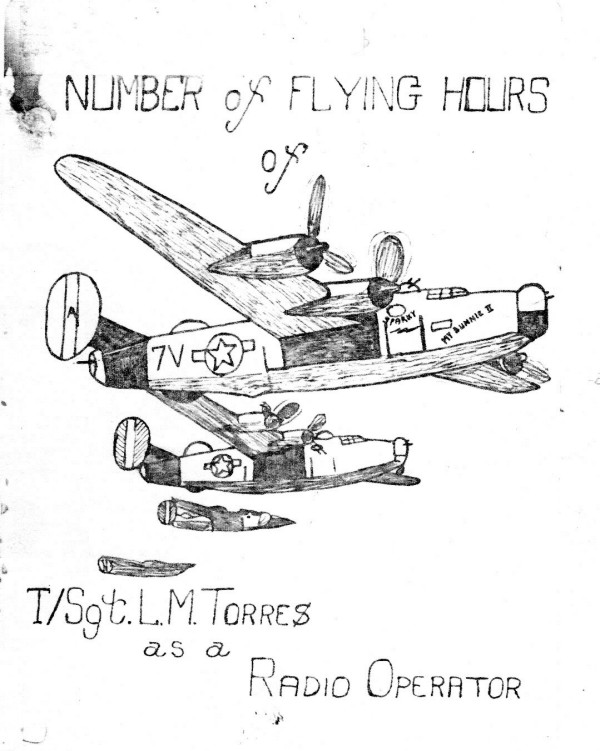 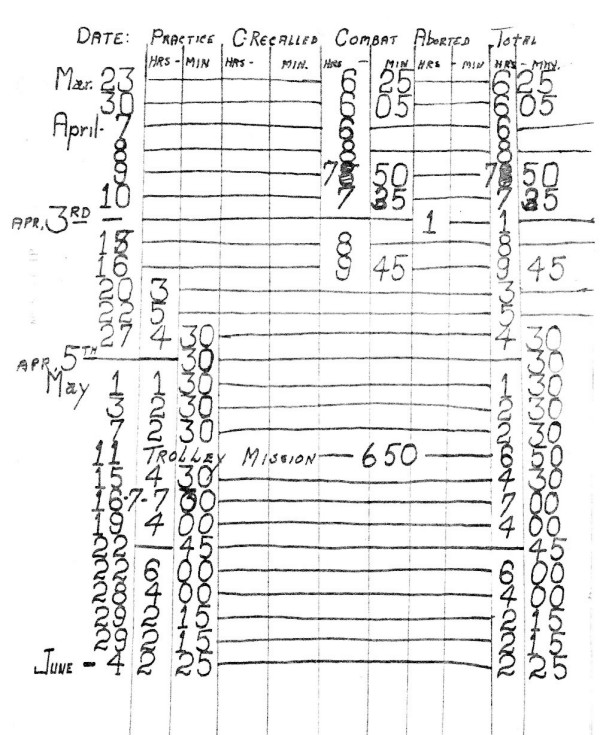 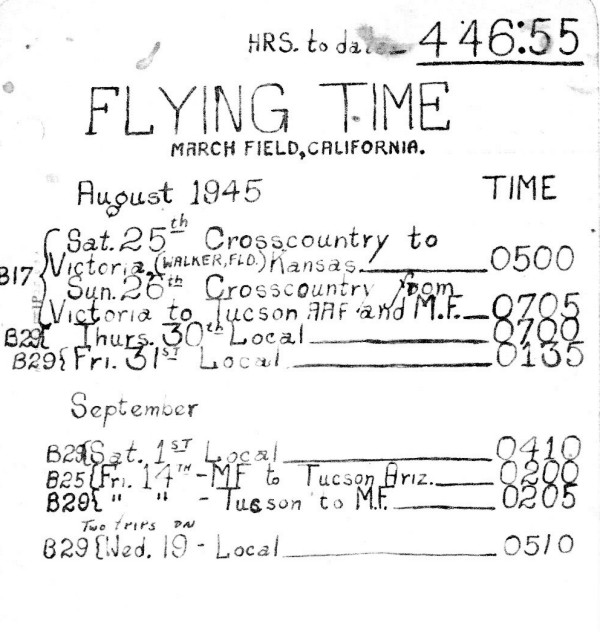 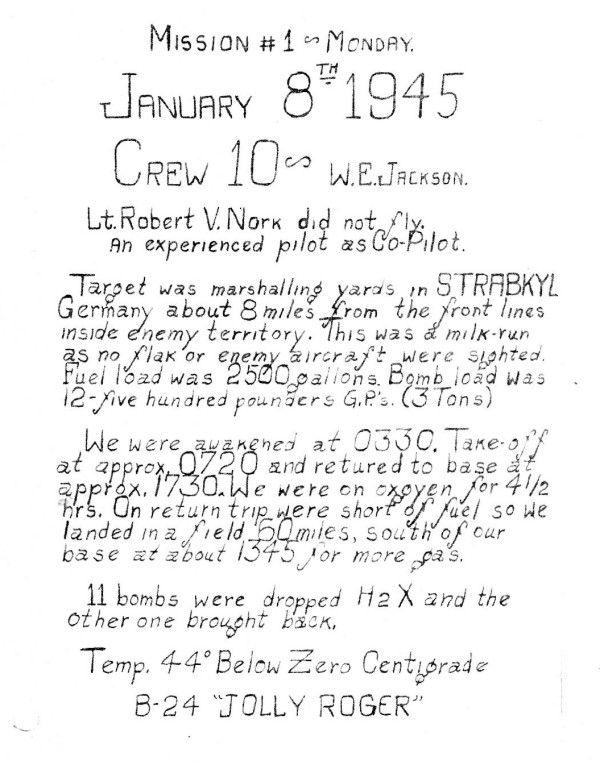 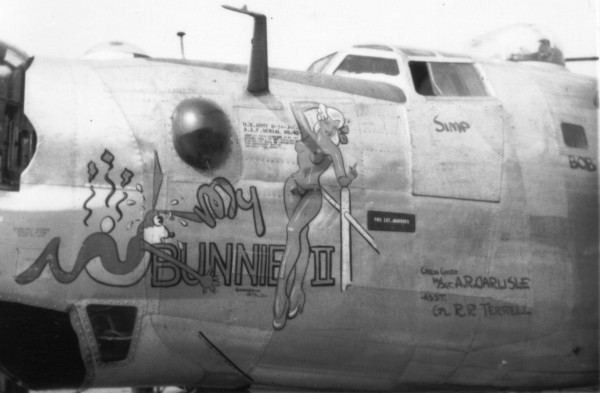 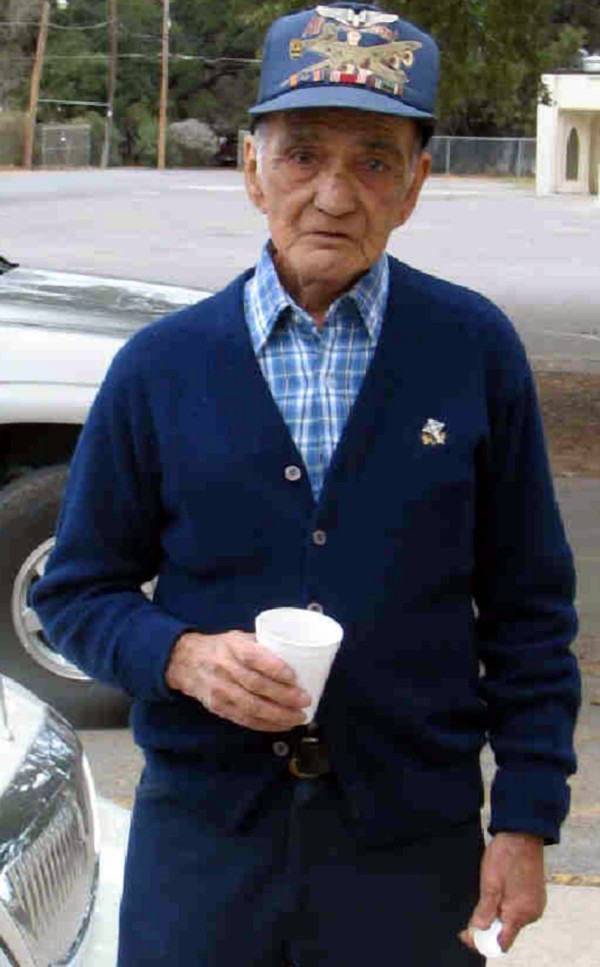