Sherwood Crew - Flying at the End of Hostilities

By the time Lt John R. Sherwoods crew was assigned to the 754th Squadron on March 24, 1945, the war in Europe had just over six weeks until it was over  the air war would be over in four.  Although they had left the States in early February, the crew had been delayed on their trip to England, as related by navigator, Lt Robert Armbruster to his friend Allen Buchholz:

It is interesting to note that when Bob and his crew flew over to England it took 48 days instead of the normal 48 hours.  The new aircraft they were taking over landed in Labrador on a routine stop.  Then they had a fire on board, put it out and put down in Greenland where they had to spend seven days waiting for parts.  They took off again and had to make a landing in Iceland where they were snowed in for 40 days!   I told Bob hes probably alive today because of all those problems.  It kept him and his fellow crew members from flying at least 15 extra missions.  Like any old aviator, he doesnt see it that way.  He wanted to get into the fight.

The way things ended up, the crew managed to fly five missions before the war was over.  The first was on April 9th to the airfield at Lechfeld, Germany.  The crew flew in one of the oldest ships in the squadron, HOOKEM COW, on what would be its 96th mission.  Less than a week later, this aircraft would crash on takeoff and five of Lt David Tottens crew members would be killed.  Three more missions over the next six days followed.  One of these was the raid on Royan where the 458th, along with other groups in the Eighth Air Force, used jellied gasoline bombs (Napalm) for the first and only time.  The crews last mission was also the Eighths last mission of the war, April 25th to Bad Reichenhall.

Several 458th crews that had not completed a combat tour were assigned to fly the groups Liberators back to the States.  Sherwood and crew, along with ten ground men, boarded an original 458th ship named MIZPAH on June 16, 1945 and made their way to the States.  While this return trip did not take as long as the flight over, it was not without difficulties.  When they cleared the coast of England they discovered that fuel was siphoning out and they were forced to turn back, land, and attend to the problem.  On their way again, they made stops in Wales, the Azores, Newfoundland, and New Hampshire, finally arriving at Bradley Field in Connecticut on June 26, 1945. The crew would ferry this Liberator back to the States in June 1945. 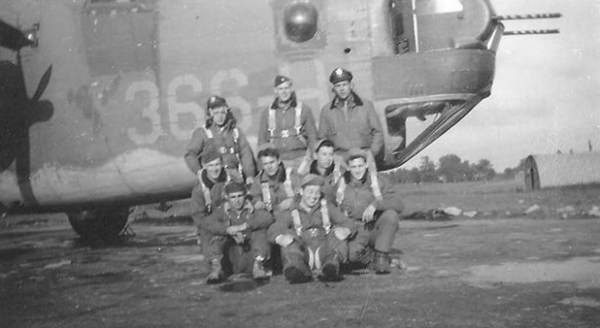 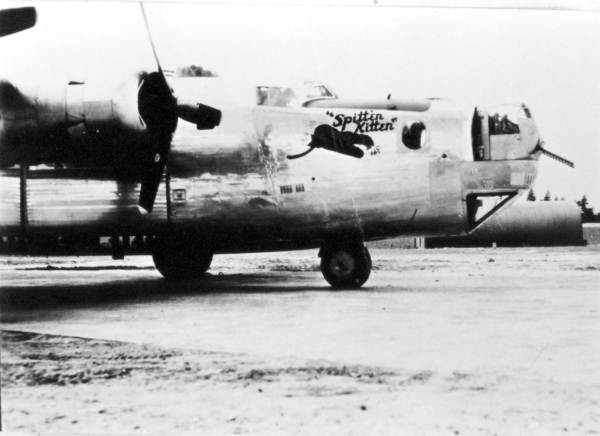 The Sherwood crew flew this aircraft on their last two missions. 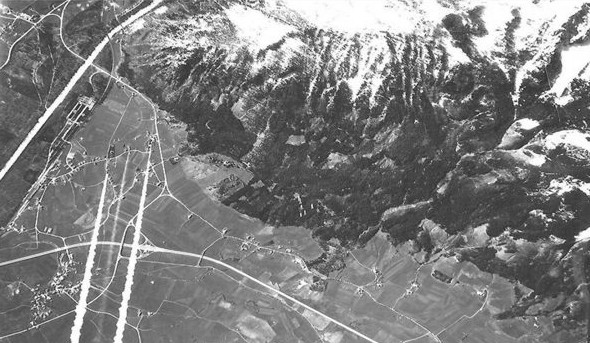 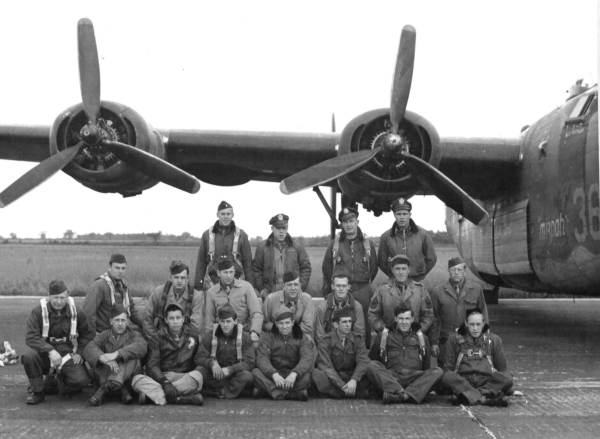 In addition to the Sherwood crew, the following personnel were also on board: 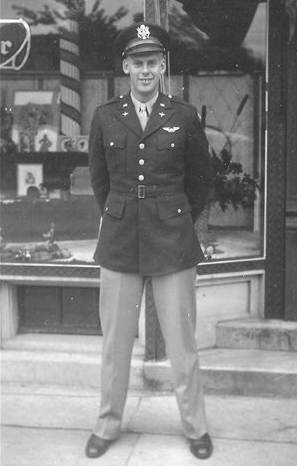 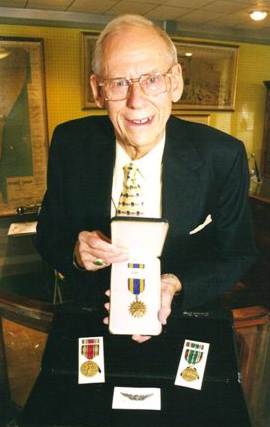