Lt Curt Vogel's Crew 74 was one of the last crews to be assigned to the 458th in Tonopah.  They left the States for ETO on January 13, 1944.  Their ship, #342 Rough Riders, developed a fuel leak that at Waller Field, Trinidad.  A few days later in Natal, the leak was serious enough that it held them up for 7 days in order to get it repaired.  They finally arrived at Horsham St Faith on February 9, 1944.

S/Sgt Donald Murphy was replaced shortly after arriving in England with S/Sgt Harry Goldstein.  The crew flew their first mission on March 5, 1944.  Not slated to fly the next day on the USAAF first daylight raid on Berlin, Sgt Goldstein volunteered to fly with a crew in the 754th Squadron and was killed in action when their plane was shot down over Berlin.  Taking his place on the crew was S/Sgt Lovell T. West, who remained with the crew for the remainder of their combat tour.

S/Sgt Chester Carlstrum, the crew's tail gunner, was also rated as a flight engineer, a position that he desperately wanted.  On May 27, 1944, he got his wish, when along with five veteran gunners from other 755th Crews, he volunteered to fly with Lt Lester Martin on a mission to Neunkirchen, Germany. This was Martin's first mission.  During assembly, another 755th crew on their second mission, collided with Lt Martin's plane, mangling their right wing, which momentarily sent their plane into a spin.  Martin gave the bail out order and Carlstrum, standing behind the pilots, jettisoned the bomb load from the release handle on the pilot's pedestal, and followed the bombs out through the bomb bay.  Possibly due to the loss of the 6,000 pound bomb load, Lt Martin regained control and was able to land the plane back at Horsham.  One other crew member, S/Sgt Wilbert Abshire, bailed out from the tail section.  Neither man was ever found, as they were about 10 miles off the coast of England over the North Sea when the collision took place.  The other aircraft was lost with all of the ten-man crew. (See Stories-May 27, 1944 for more on this incident.)

Most of the crew completed their combat tour on June 5, 1944.  S/Sgt Lovell West flew two missions with Lt Nelson Stewart and crew on D-day, and Lt Samuel Scorza flew with pilot Larry Riesen and a new crew on the second mission of D-Day, completing his combat tour on June 7, 1944.  After a 7-day leave, most crew members received orders for return to the States. Co-pilot Allen Hilborn was assigned to the 482BG at Alconbury, flying B-17's to train Radar crews.

En-route to the ETO

May 12, 1944 - Abort and landed at Manston with 2 engines out and a third losing power
(Painting: Mike Bailey) 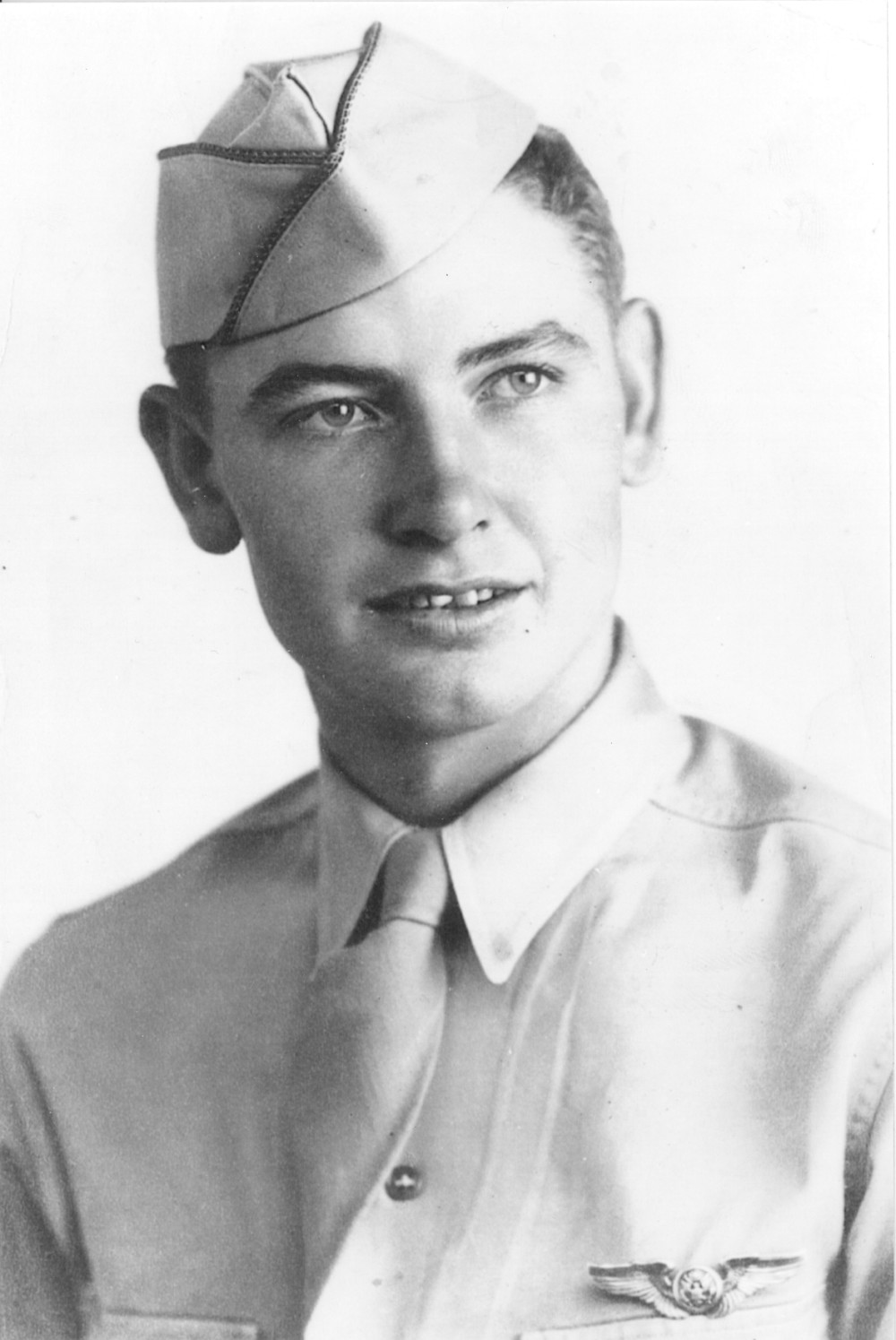